In November, New Testament Papyri 𝔓45, 𝔓46, 𝔓47: Facsimiles (NTP) will be released—a collaboration between Hendrickson and CSNTM. This publication is the culmination of a project started in 2013 when CSNTM digitized the collection at the Chester Beatty (formerly known as the Chester Beatty Library). The following year, the portion of P46 that is housed at the University of Michigan was digitized. There will be two facsimile volumes: one with papyrus images against a black background and the other with a white background. We are excited about the developments in these manuscripts’ presentation. Four advancements in P45’s textual history are presented in NTP and are highlighted here: (1) digital reunification of the multiple fragments with their larger papyrus leaves, (2) the in-print release of a new plate containing twelve fragments, (3) the identification of a previously unknown leaf, and (4) a fuller presentation of folio 8.

The development of technology facilitated the opportunity to reassemble the fragmentary pieces of P45’s papyrus. Almost every leaf of the manuscript could rightfully be considered a fragment. Of its 30 known leaves, most are “mutilated”—to quote Frederic G. Kenyon (General Introduction, p. 6). However, several smaller pieces have been discovered since the manuscript was initially placed in glass, and it is these fragments that are addressed here. These smaller fragments are found in separate plates of glass from the larger portions to which they belong. In NTP, these later discoveries are reunited digitally and presented as they once were. The result is that a fuller testimony is recorded. At times, letters were split in half, each being found on separate portions of the papyrus in multiple plates of glass. It is stunning to see these fragments united in a full color, high resolution reproduction.

The second advancement in the presentation of P45 is the release of twelve fragments that are in print for the first time. These fragments are located in a single plate at the Chester Beatty. This release supplements the knowledge base of this witness to the NT. The contents of six of the fragments have been identified. As such, in the facsimiles, these are placed with their respective leaves—as mentioned above—giving a more complete record of the manuscript’s contents. On occasion, two fragments were found to belong to the same leaf. It is thrilling to realize that research on P45, as vast as the literature has been in the past 86 years, still has room for discovery.

Third, two of the fragments, which were identified by T. C. Skeat and B. C. McGing in 1991, belong to the same P45 leaf. These two are currently found in the same plate, but they are mixed with other fragments from a manuscript of Numbers and Deuteronomy, not P45. Nevertheless, because they originally came from a single papyrus leaf, they were arranged as such in the facsimiles. Their alignment relative to one another is tentative, but the text contained on them makes it clear that they form a new leaf that comes between folio 15 and folio 16. Although this is not a new discovery, the placement of these fragments together gives the reader a glimpse of the text that has not been available for hundreds of years.

NTP highlights the work of the Center in capturing images of P45, P46, and P47. Yet, the presentation in the facsimiles brings four advancements in P45’s textual history. Together, they bring together rich images and reunification of fragments to give the reader a greater understanding of this manuscript’s witness to the wording of the NT.

The Center for the Study of New Testament Manuscripts is offering a one-of-a-kind trip to Greece next spring. We’re calling it the “Insider’s Expedition.” The trip will take place on March 7–16, 2020. It will feature sites in Athens—including an insider’s look at the National Library of Greece, the other-worldly monasteries of Meteora, select islands, and ancient Corinth.

We can only take twenty couples for this unique adventure. Thanks to Rob Marcello for working hard the last several months to make this expedition come to fruition! Details are on CSNTM’s website. Tickets are going fast! 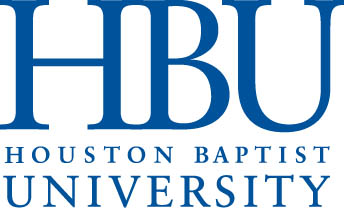 On February 25–27, 2016, Houston Baptist University will be hosting a conference with the clever title, “Ad fontes, ad futura: Erasmus’ Bible and the Impact of Scripture.” This is HBU’s annual theology conference. The theme is related to the quincentennial of the publication of Desiderius Erasmus’s Novum Instrumentum Omne, which made its appearance on March 1, 1516. The timing of this conference couldn’t be better.

Herman Selderhuis, Craig A. Evans, Timothy George, and I will be delivering keynote addresses. Robert D. Marcello and Stratton Ladewig will be representing the Center for the Study of New Testament Manuscripts (csntm.org) at the conference, each giving a lecture. Rob’s paper is entitled “Significant Contributions to the Text of the New Testament and Early Church from the National Library of Greece,” while Stratton’s is “New Images Bring Greater Clarity: Examples of Improved Textual Identity in CSNTM’s 𝔓45 images.” John Soden and Greg Barnhill, two former students of mine, will also be giving lectures. Dan Pfeiffer, a current PhD student at Dallas Seminary, will be giving a lecture based on his work in Advanced New Testament Textual Criticism, a course he took from me last semester. Others delivering papers include Stanley Helton, Jeff Cate, Jeffrey Riddle, and David Ritsema. It looks like it will be a most stimulating conference! See the webpage on this event here.

New manuscripts digitized by the Center for the Study of New Testament Manuscripts (CSNTM) have just been added to our searchable collection. These include 10 new manuscripts from the National Library of Greece in Athens, the site of our ongoing digitization project for 2015–16.

We have also added images for 12 manuscripts that are now in our digital library. Many of these are older images from microfilm.

These images have now been added to our growing searchable collection, which gives everyone free access to the best available digital images of Greek New Testament manuscripts.

All images are available at the new CSNTM.org

Press release from the Center for the Study of New Testament Manuscripts (CSNTM) today announcing some very exciting things:

Since we began our work in 2002, a core part of our mission has been to make it possible to view and study New Testament manuscripts from anywhere in the world. We have worked toward this by traveling around the globe and capturing beautiful digital images of some of the most important extant manuscripts. Today, we are taking another step forward by making it easier than ever for you to access manuscripts. We’re launching the new CSNTM.org.

Here are some of the features that you can expect to find now and in the coming weeks:

Please share our new site with colleagues and friends, so more and more people can continue to utilize CSNTM’s library, which is free for all and free for all time. We sincerely hope that you enjoy using the site. It represents a giant leap forward in accomplishing our mission to bring ancient New Testament manuscripts to a modern world.