One of the great ironies and unnecessary casualties of the Protestant Reformation is shaping up in America today. The battle cry of the Reformation was ad fontes—“back to the sources!”—which meant going behind Jerome’s Latin Vulgate and reading the original Greek New Testament. This was coined by Erasmus, the man responsible for publishing the first Greek New Testament in 1516. He was a Roman Catholic priest who was swimming against the current of much of 16th century Catholic scholarship. It was especially the Protestants who latched onto Erasmus’ Greek New Testament. During his lifetime, over 300,000 copies were sold! A few years after his death, the Council of Trent banned many of his writings.

The Reformers also went beyond the Vulgate and translated the Bible into modern languages. 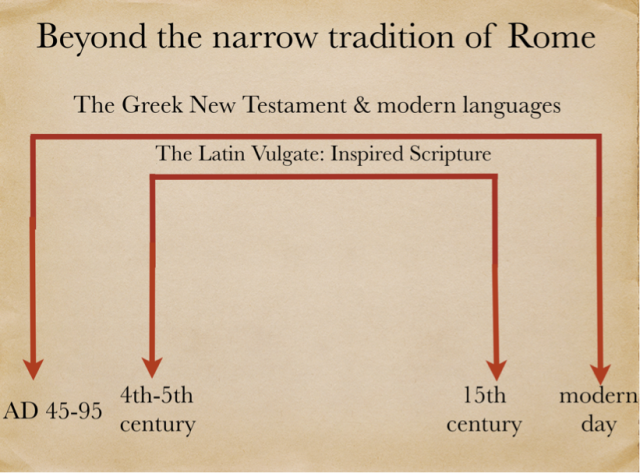 Now, half a millennium after Luther nailed his theses to the door of the great Schlosskirche in Wittenberg, theological seminaries are on a rapid decline. Greek and Hebrew continue to be casualties. Genuine study of the biblical languages is being replaced by “Greek/Hebrew appreciation” courses—a euphemism for anything but deep appreciation, or nothing at all. Bible software, which can be an absolutely amazing tool for profound study of the original languages, has too often become a crutch. Rely on it enough and it becomes a wheelchair. One really needs to get immersed in Greek for a couple of years before being able to profit fully from Bible software that deals with the Greek.

Evangelical churches are frequently seeking pastors who have amazing speaking abilities, but who can’t exegete their way out of a paper bag. This is hardly what the Reformers had in mind. Listen to Luther:

In proportion as we value the gospel, let us zealously hold to the languages. For it was not without purpose that God caused his Scriptures to be set down in these two languages alone—the Old Testament in Hebrew, the New in Greek. Now if God did not despise them but chose them above all others for his word, then we too ought to honor them above all others.

And let us be sure of this: we will not long preserve the gospel without the languages.

It is inevitable that unless the languages remain, the gospel must finally perish.

Melanchthon was more to the point:

Those who advise inexperienced young students, training for ministry, not to study the languages ought to have their tongues cut off.

More positively stated, Erasmus said this in the preface to his Novum Instrumentum—the Greek New Testament published in 1516:

These holy pages will… give you Christ… they will give him to you in an intimacy so close that he would be less visible to you if he stood before your eyes.

In a role reversal from the 16th century, Roman Catholic graduate schools are doing incredible work in the biblical languages. I applaud this endeavor at these institutes, but grieve for what is happening in the conservative Protestant tradition. MDiv and ThM programs are shrinking at an alarming rate. And those that are remaining strong have often sacrificed the biblical languages on the altar of student enrollment.

To those who are thinking about committing their lives to a lifetime of service in the Church, and especially to a ministry of the Word, I urge you to take the high road. Don’t shortchange your education and don’t shortchange your flock. Log time—significant time—learning the languages. Go to a seminary that is strong in Greek and Hebrew. And when you get into ministry after your theological education, do not measure the success of the church by the size of the congregation but by its depth of devotion to Christ and the Word.