Dear friends, you may know about Ed Komoszewski. If not, you should! He co-authored Reinventing Jesus with Jim Sawyer and Dan Wallace. He also co-authored Putting Jesus in His Place with Rob Bowman. This is probably the best book in defense of the deity of Christ. Ed is a champion of the faith, a superb writer, and a gifted speaker. But he has battled serious health problems for years. And he’s struggled to provide for his family as a result. 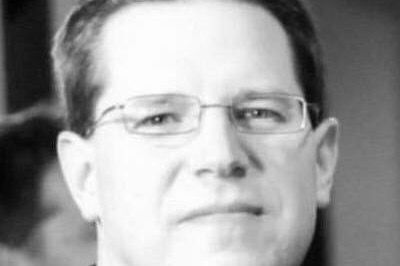 Ed had another serious health incident about a month ago. While pushing a cart at Walmart, Ed’s heart totally failed; he immediately lost consciousness and hit the floor. When he woke up, he was in the Intensive Care Unit at Baylor Scott & White Medical Center in McKinney, TX. Four days later, when doctors determined that the electrical system in Ed’s heart would not recover, a pacemaker was surgically implanted in Ed’s chest.

This latest incident came out of left field. It was unrelated to Ed’s other chronic health conditions, which continue to wreak havoc. Indeed, over the past sixteen months, Ed has been hospitalized for serious complications four times.

Through all of this, Ed has fought to remain as productive as possible. He and Darrell Bock recently submitted a manuscript on the historical Jesus that they are co-editing. And Ed and Rob Bowman are currently working to revise their book on the deity of Christ within the next year.

Though many are aware of Ed’s health situation, fewer are aware of the GoFundMe campaign that was launched for Ed a year ago. The campaign is still far short of its goal, and Ed’s bills have only increased (significantly!) since the campaign commenced.

We need Ed in the battle, and if countless people would donate even a small amount it would encourage Ed to keep fighting. In fact, it would enable him to keep getting the medical attention he needs to stick around! If 3000 people donated $10, he could pay the bills he has accumulated to date. The bills will continue to pile up; my desire is to see some folks give to Ed’s GoFundMe account every month for as long as it takes. And I’ve put my money where my mouth is.

Here’s the link to the GoFundMe page