One of my former interns, colleague on some CSNTM expeditions, and a DTS alumnus, Brian Wright, has written a book on ancient book culture that has been labeled ‘groundbreaking,’ ‘seminal,’ and ‘a must read’ by several scholars in the field. It is already getting some serious attention-—even before publication. For example, Larry Hurtado, who wrote the Foreword for the book, noted it in a recent blog post he titled, “Is a Paradigm Shift Now Called for?” 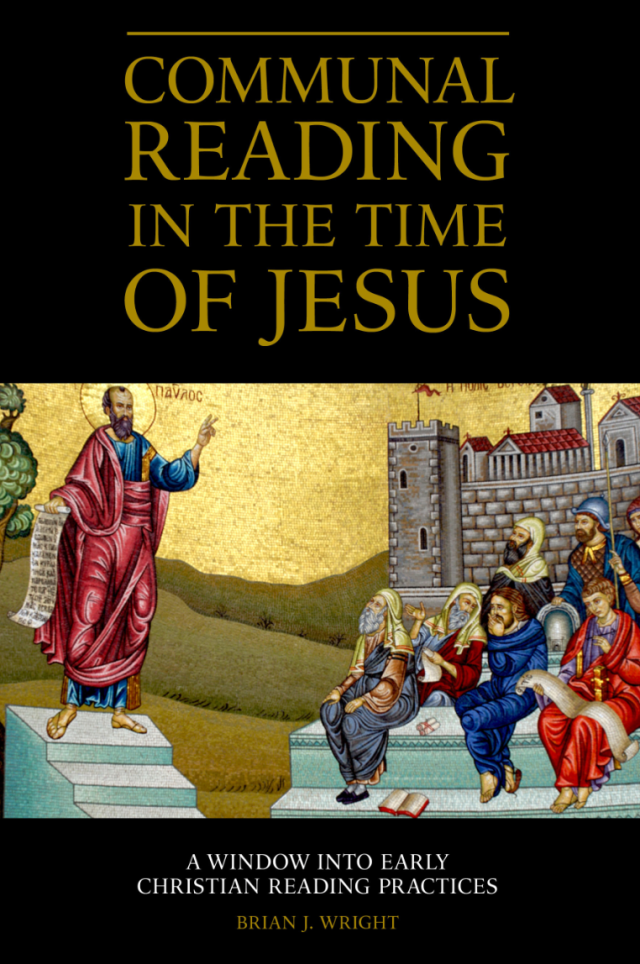 The book not only is wide ranging in its research, it is also wide ranging in the endorsements from scholars of the New Testament and Early Christianity. The names comprise a Who’s Who in the field: Richard Bauckham, Michael Bird, Craig Blomberg, Darrell Bock, D. A. Carson, James Harrison, Craig Keener, Wayne Meeks Alan Millard, Stanley Porter, Brian Rosner, Tom Schreiner, and Bruce Winter.

Brian has constructed a compelling case that communal reading events were a wide-spread phenomenon in the first century AD. If he is correct, this could overturn or at least seriously alter the consensus of the discipline in several areas, including textual transmission, oral performance, and ancient literacy. It’s an innovative and significant contribution from an up-and-coming New Testament scholar!

Communal Reading in the Time of Jesus is scheduled to be released on December 1. This would make a great Christmas present for all the nerds out there who are serious about historical issues related to the New Testament. You can pre-order a copy of it on Amazon.

5 thoughts on “Book Notice: Communal Reading in the Time of Jesus, by Brian J. Wright”